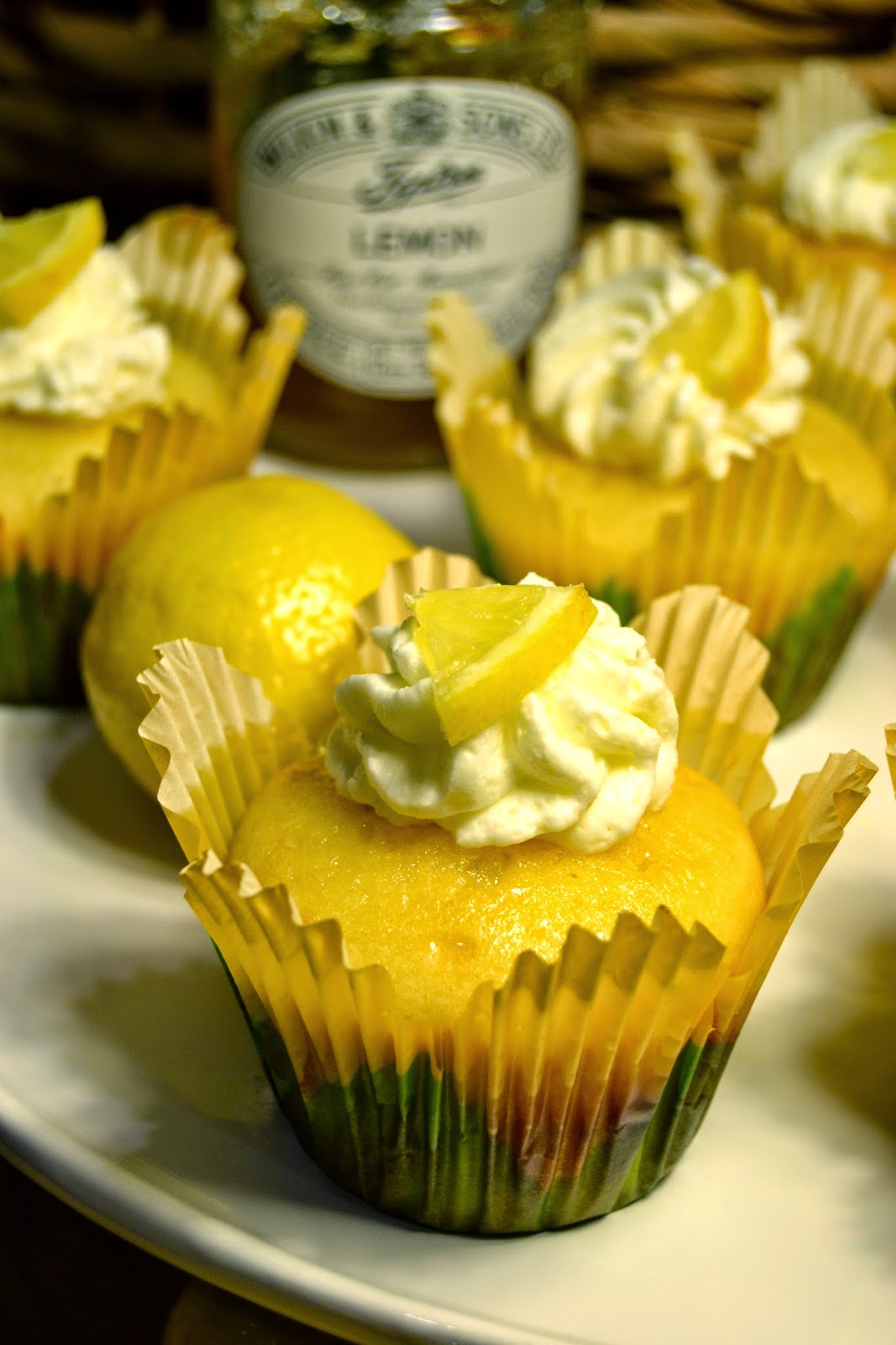 If you love the flavor of lemon, then you will love these cupcakes.
There are three parts to this recipe (cake, syrup and the frosting) and
each has a bit of Limoncello added, giving it a delicious lemon flavor. 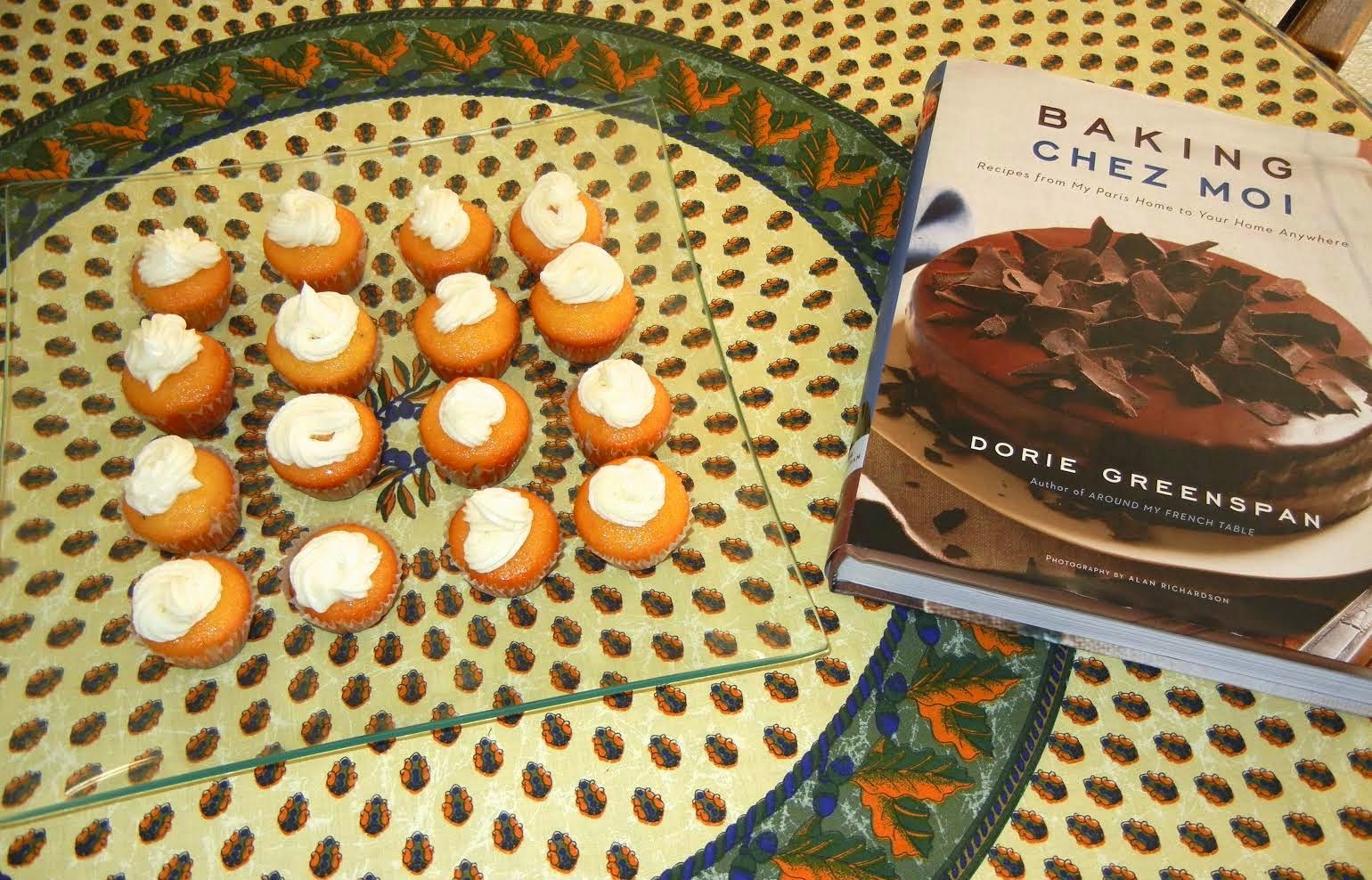 I realized as I was preparing the recipe that I only had a mini cupcake pan on hand.
Dorie suggests filling the cupcakes with an optional bit of orange or lemon
marmalade but since I didn't have any on hand I just eliminated that step. 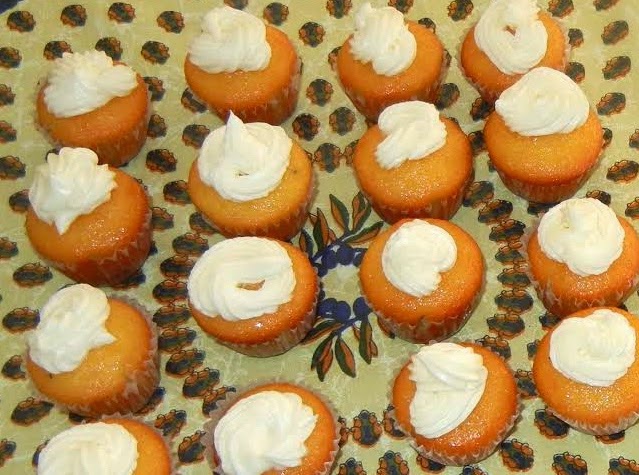 With the syrup and lemon flavored butter cream on top, we really didn't miss it.
This was a good recipe and will definitely be a repeat.

I just love lemon desserts so was quite excited to try this recipe.
Lemon cake, limoncello, lemon frosting.
Oh yes, don't forget the lemon marmalade filling.
Yum.
As expected, all that lemon-boozy-zesty-sugar was delicious. 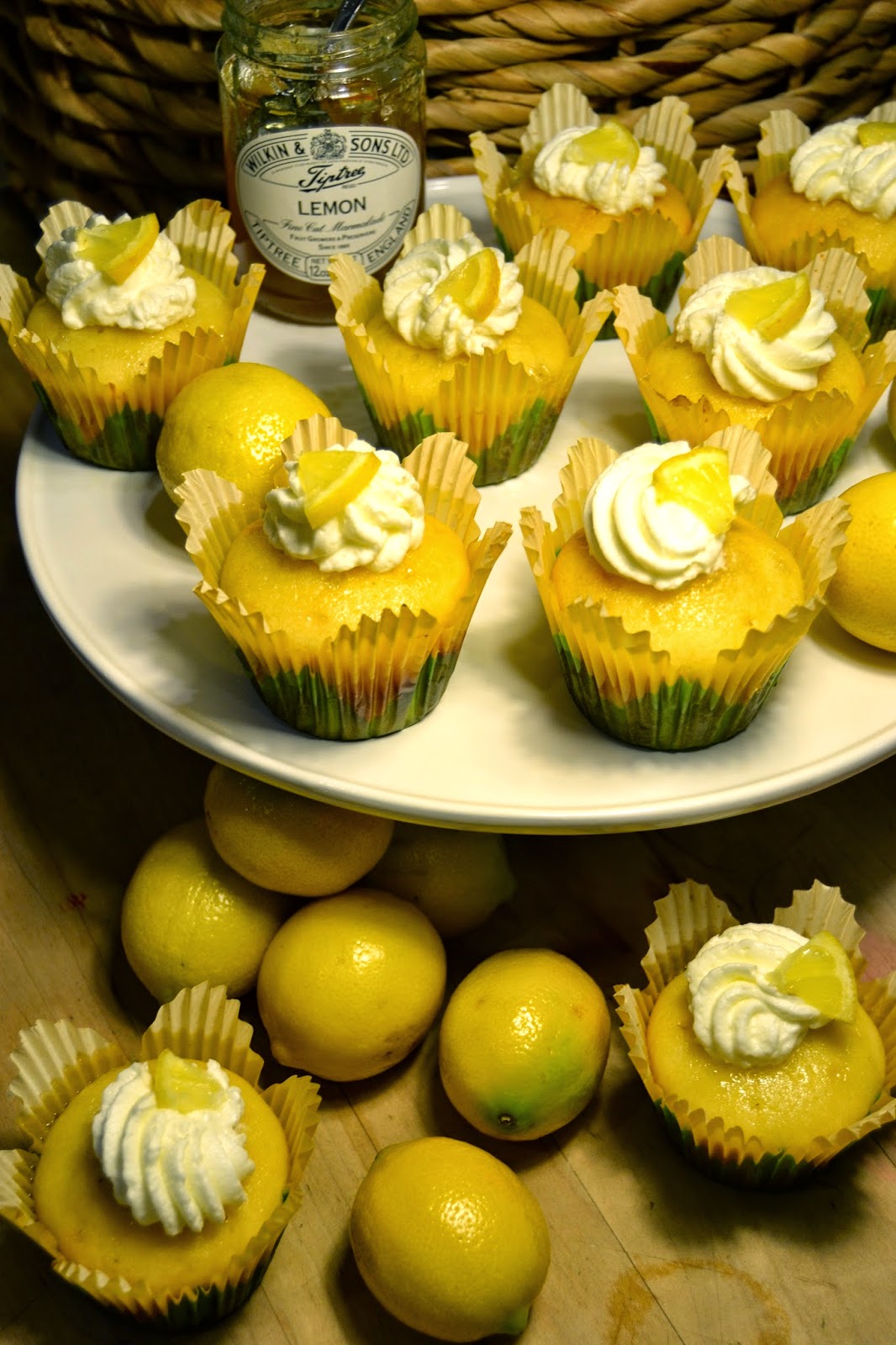 The frosting was the biggest surprise because I could not initially get the butter
and confectioner's sugar to meld together. I was very successful at getting a fine
layer of sifted white sugar all over every surface in close proximity to my mixer.
I considered it an act of faith in Dorie that I kept going.
And faith is rewarded :) 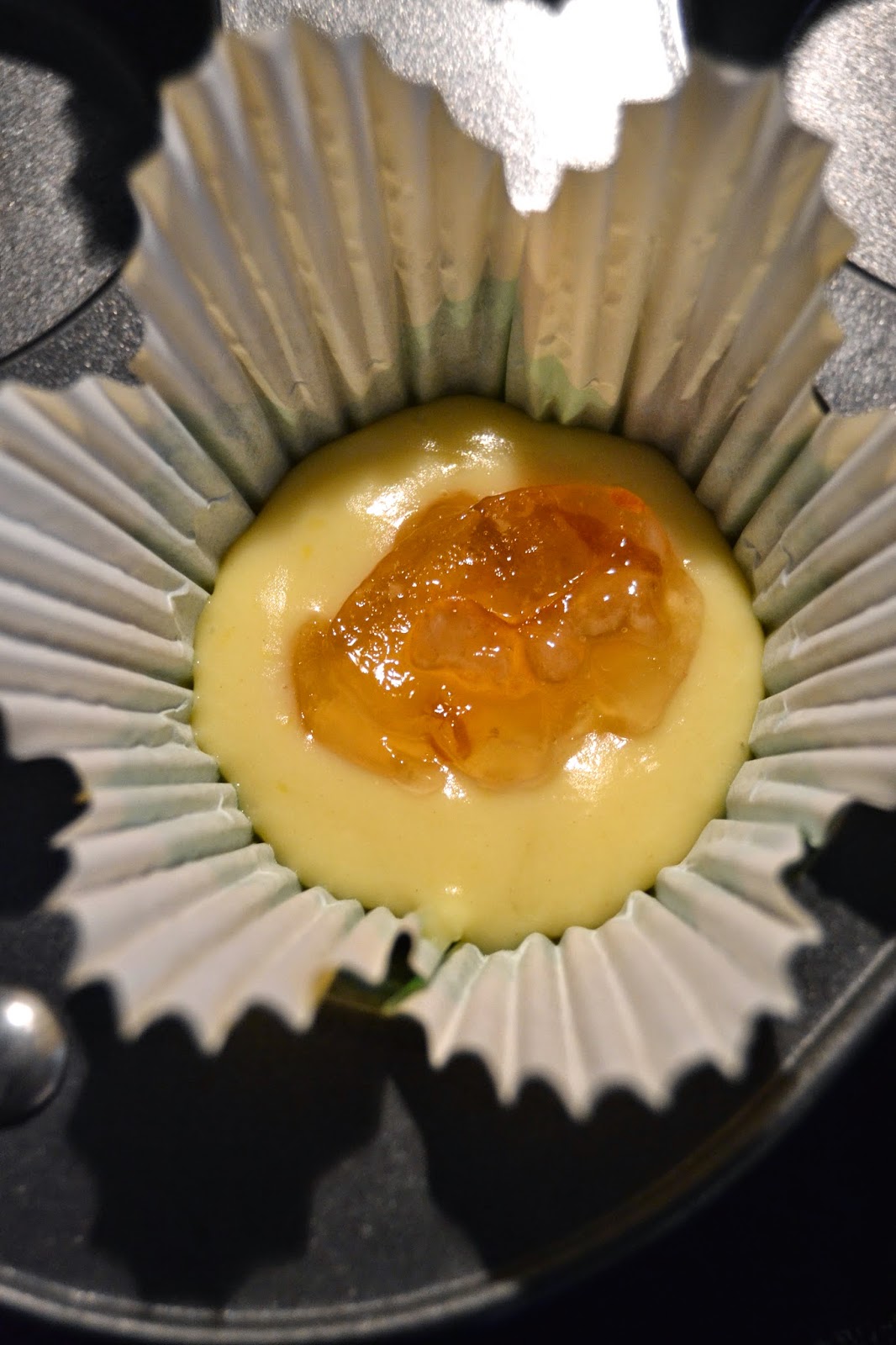 I do tend to like a lighter cake batter so may not revisit this particular batter,
but will definitely repeat the concept of filling the cupcake batter with a teaspoon
of lemon marmalade, then brushing the top with syrup prior to frosting. 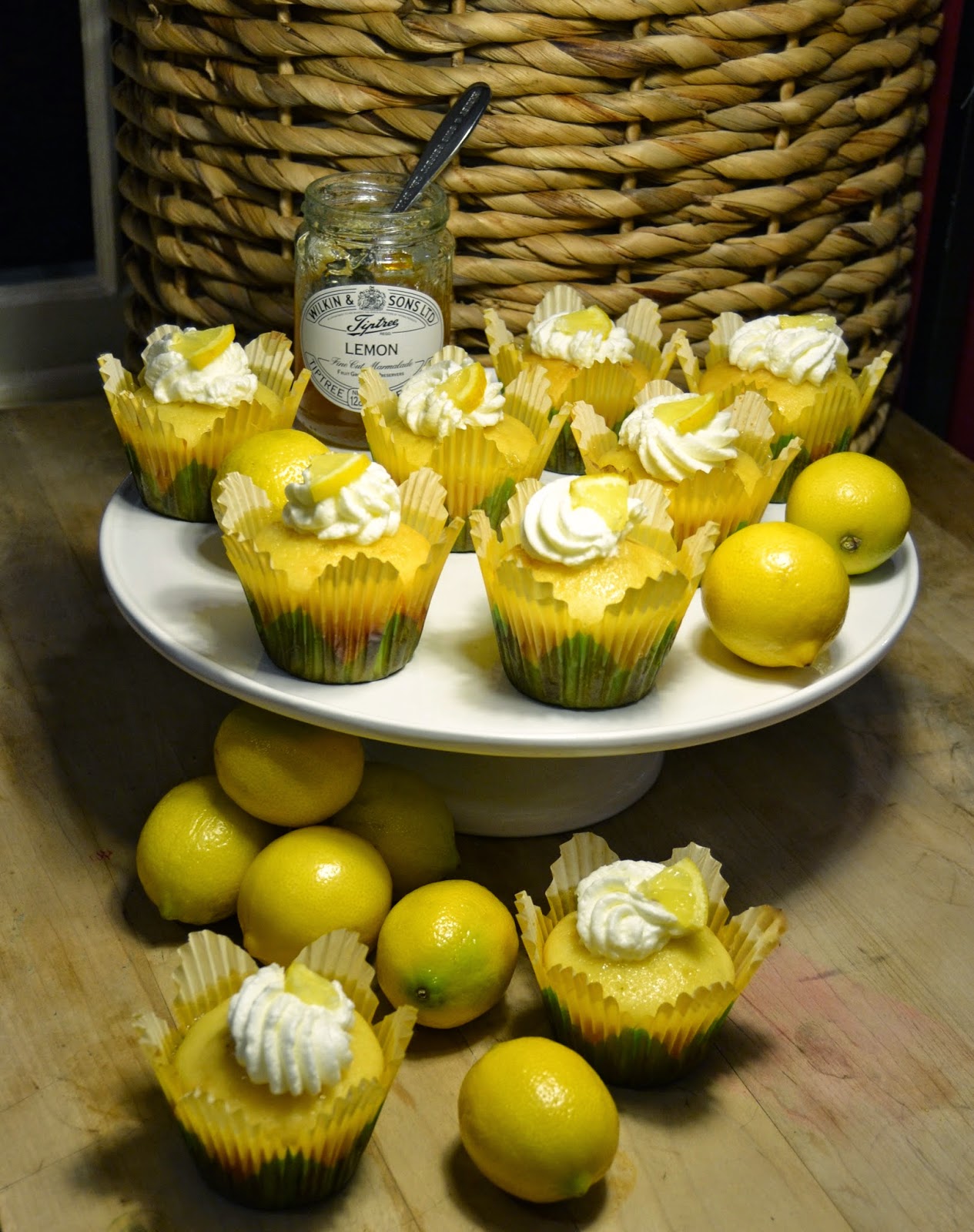 I also liked the ratio of the smaller frosting portion, which Dorie explains
is how the French would serve these cakes. Mind you the lesser frosting
amount is going on a cake that was basted with a lemon sugar/syrup
concoction when removed from the oven, so there is no lack of sweetness.