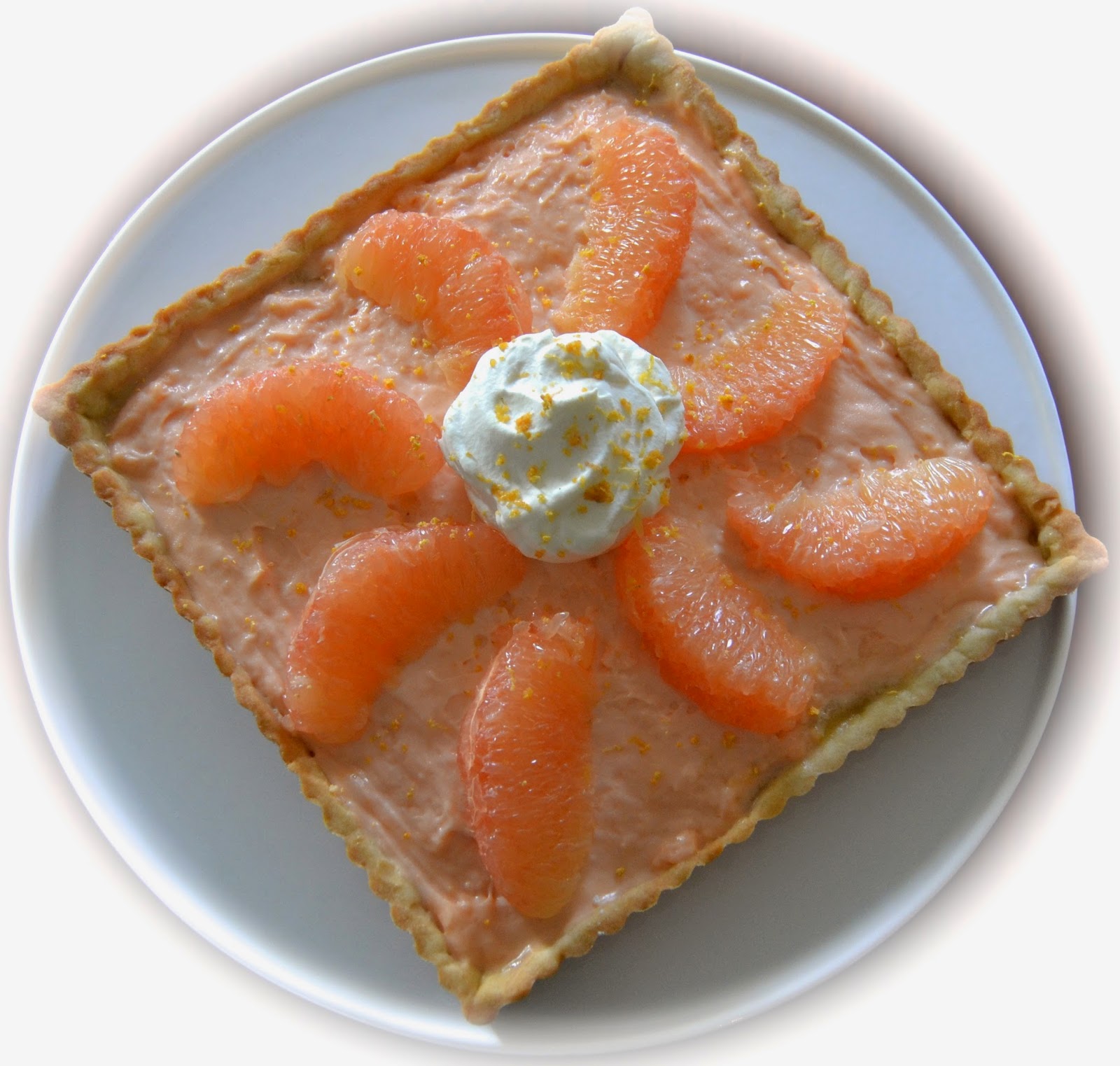 This recipe called for a few adjustments on my part because of the grapefruit,
the one fruit that we can not eat because of the medications we both take,
so I used blood oranges instead. The lemon-almond cream came together nicely.
I prepared it a day ahead to chill. For some reason I thought the crémeux was going
to be difficult but once I started it, it came together well - even after I accidentally
dropped the thermometer in the saucepan while trying to stir. Not easy.... 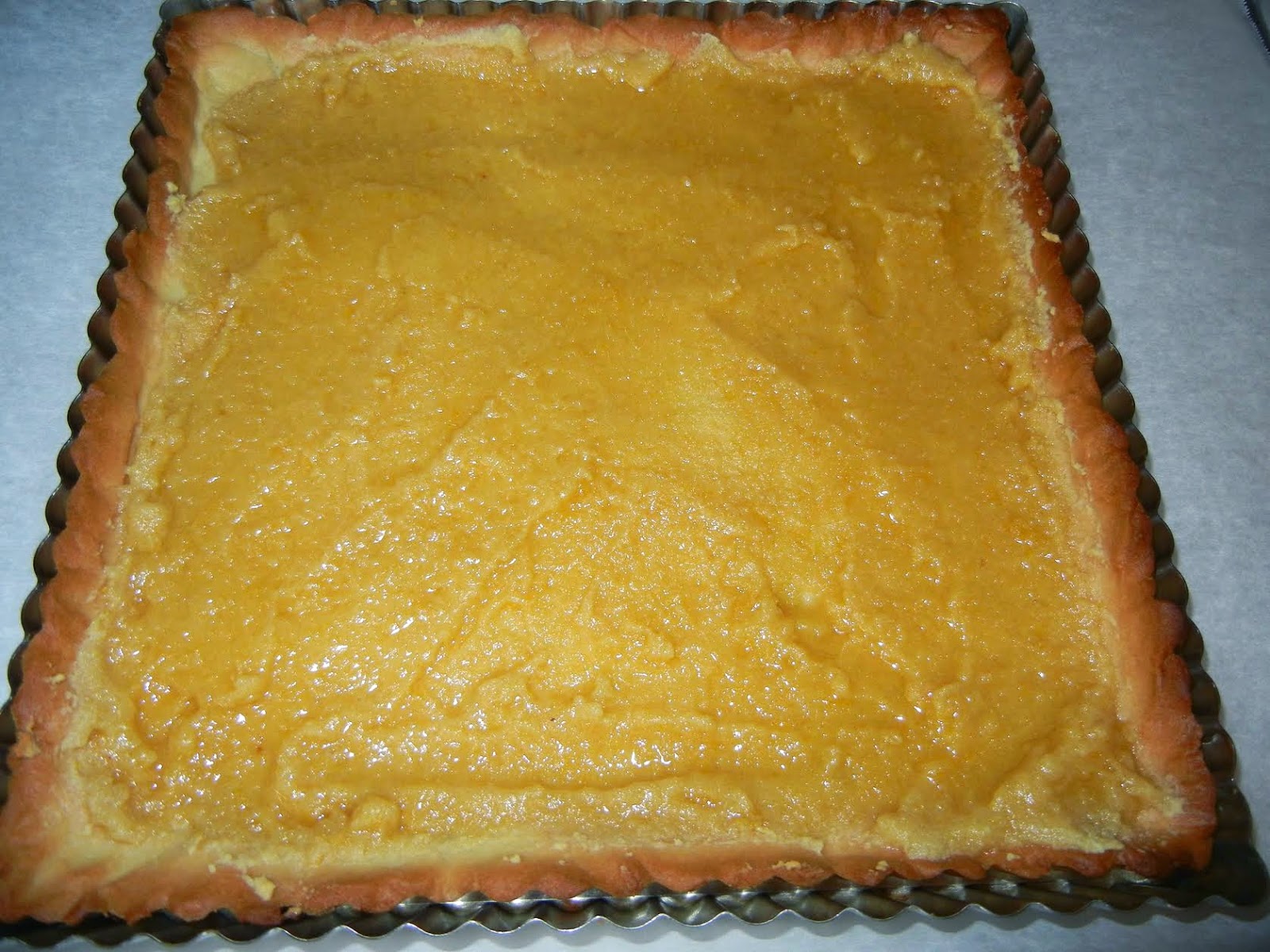 I substituted orange juice for the grapefruit, used Mandarin Napoléon brandy
instead of Campari and that's where I made my mistake. Since grapefruit is quite
tart it would have offset the sweetness of the almond cream, but using OJ with
the brandy made it unbelievably sweet. As nice as it turned out, I found that
my flavoring was totally off. 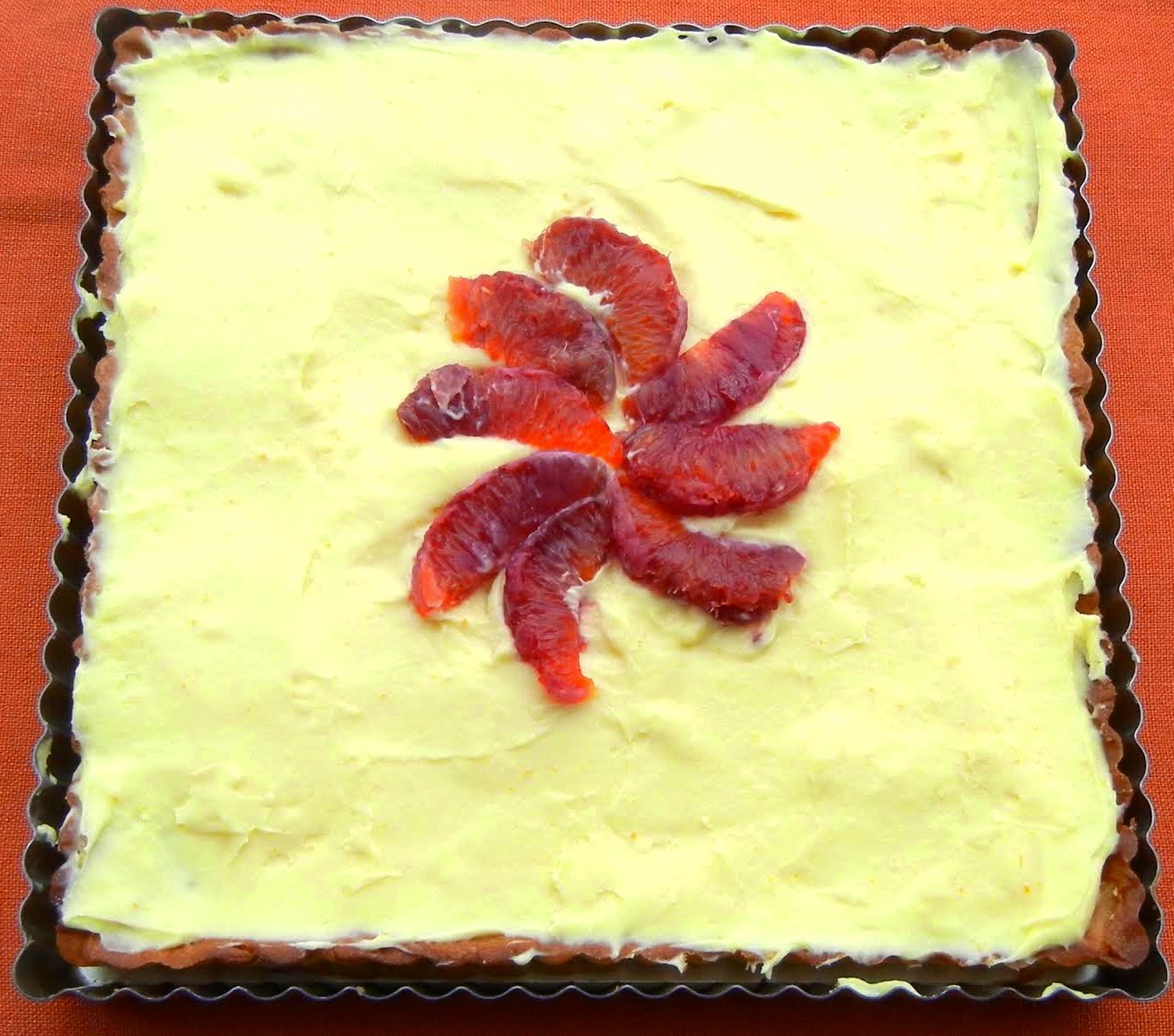 I enjoyed the technique of making the crémeux, something I had not done
before, and I followed Dorie's instructions exactly while making the
tart dough. The dough came out perfectly and was very easy to work with.

Expectations got me on this one. 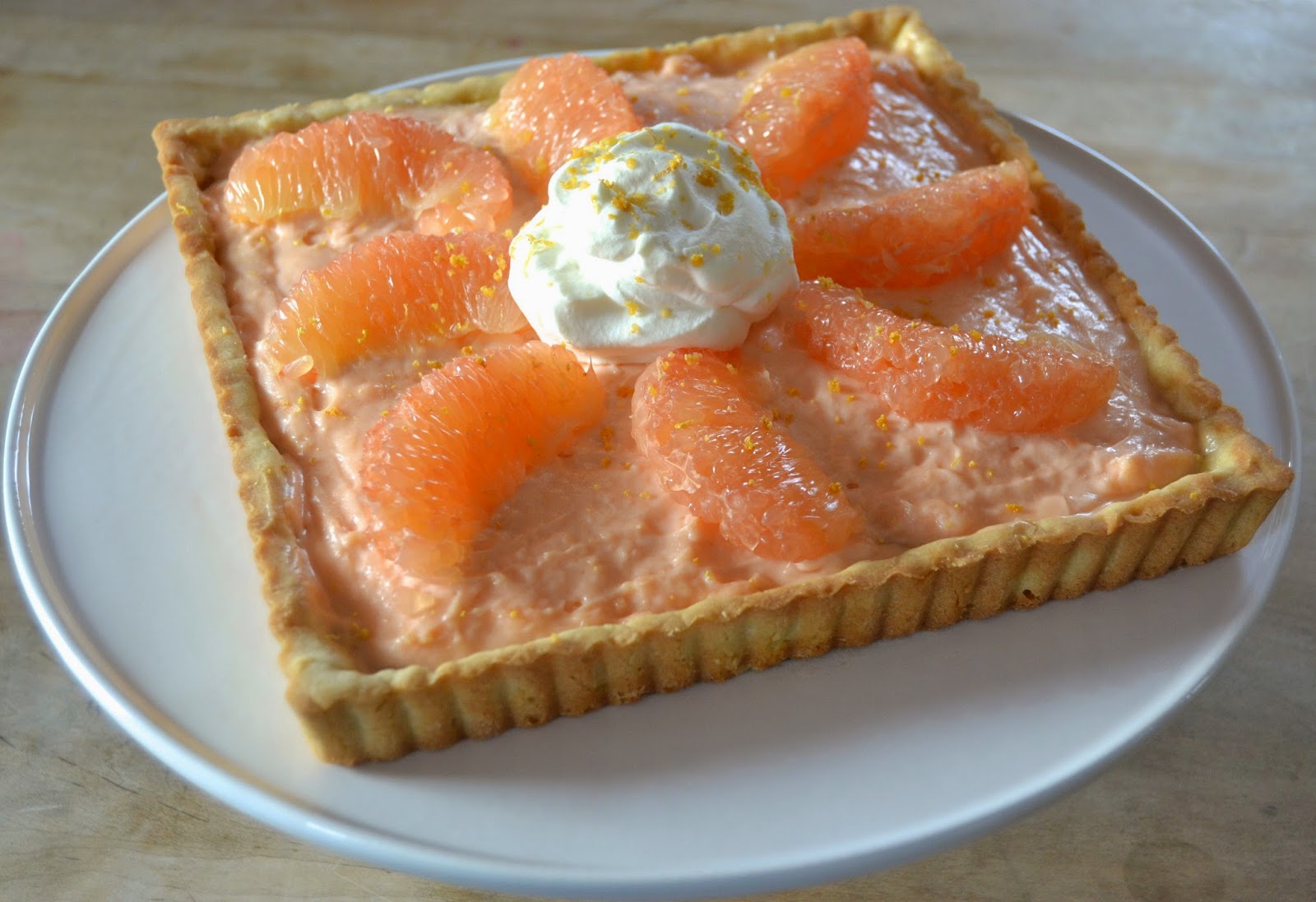 I expected the taste to be interesting but not necessarily over the top good.
I was wrong - it was truly outstanding.
I also expected that since this was a tart, and not a buche de noel or croquembouche,
it would not be too complicated or require much preparation.
Boy, was I wrong.
While you can make the several parts over several days, I planned to knock it
all out on a quiet Sunday. It took the majority of that day. While I did enjoy
doing this once, I do not plan on devoting that amount of time to a single
pastry again. If I am spending hours in the kitchen on a non holiday, I am
hoping to at least have a few weeknight dinners ready to go.  That said, this
dessert  dinners definitely made the fridge a happy place:) My husband stopped
asking if I was "still making that same dessert"...and simply said "wow". 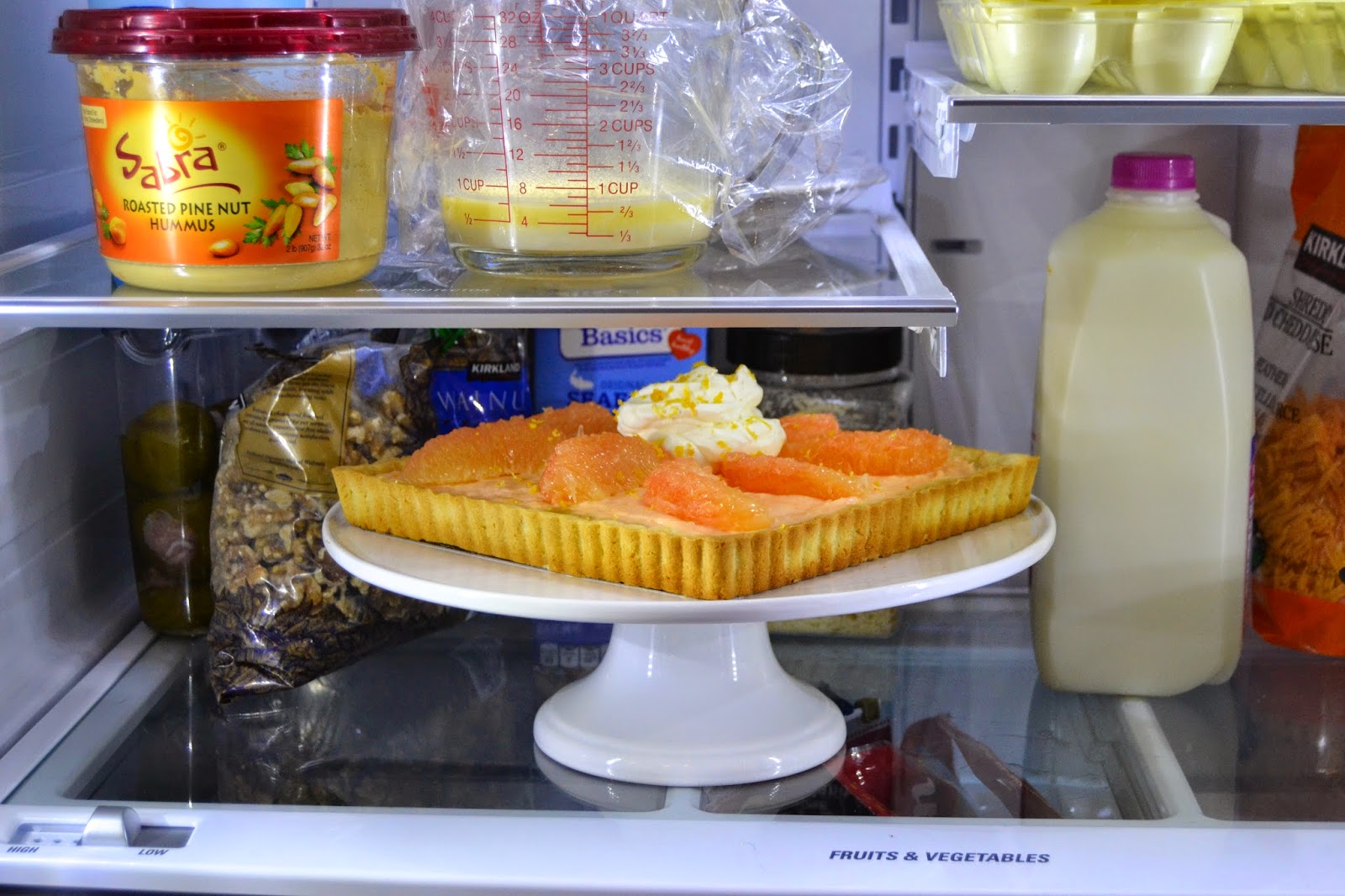 My laziness time management issues aside, this was a delicious and
"company worthy" dessert. I could easily understand why Dorie was
so taken with it when she enjoyed it in Paris. 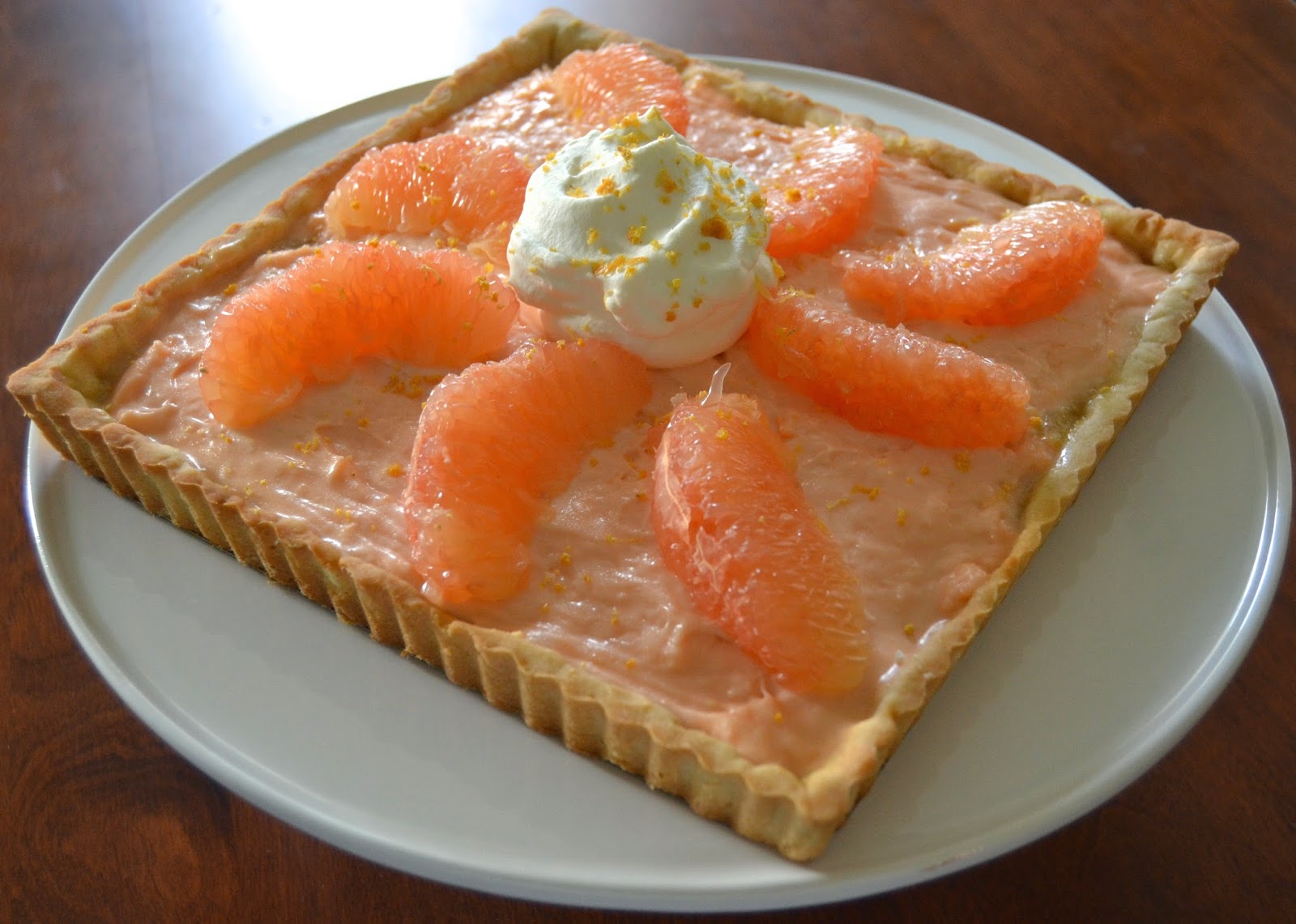 It also reminded me of how much I enjoy pink grapefruit
and I have already picked up a few more to savor as
I wait for this cold weather to end.
Posted by tricia s. at 8:29 PM